In the midst of my constant whining about not getting to make The Cuties’ Halloween costumes this year, the husband and I received an invitation to an adults-only costume party.  Half paralyzed with fear about the prospective of dressing up in my 40s and half excited about potentially getting to bust out my glue gun after all, we sat down to brainstorm ideas.

And promptly stalled.  For starters, there’s no Party City or pop-up costume stores in Tokyo, so our resources are limited.  No real rummaging through Goodwill or vintage clothing stores for cheap and chic inspiration either.  So we were starting to think it had to be really creative or really lame.  And then you throw our own personal baggage about what each of us does and does not want to wear into the mix, and well….it wasn’t pretty.

After many false starts, I arrived at a stroke of brilliance {work with me here, people} one afternoon and got to work.

As  always homemade costumes in the Felt So Cute household have to adhere to my Costume Making Manifesto in that there is minimal to no sewing, no patterns to follow, cocktails can be consumed while constructing them, and an abundance of felt and hot glue can be utilized.  And most importantly, it can’t cost much to make at all.

I literally started with a four-inch by four-inch square of card stock and rounded the edges as my template.  And cut twenty of those in assorted colors.

And a few scraps of felt and movies later, I had these little guys I could hot glue onto one long piece of black felt with a circle cut out for my head.

For those of you who don’t live in Japan, there may be some unfamiliar apps ~ The yellow circle at the top is the train app {terrific for plugging in a starting and ending station that will tell you which connections you need to make} and the big blue wave is our earthquake and tsunami app {unfortunately, a reality here}.

Here are some close-ups of the family favorites: 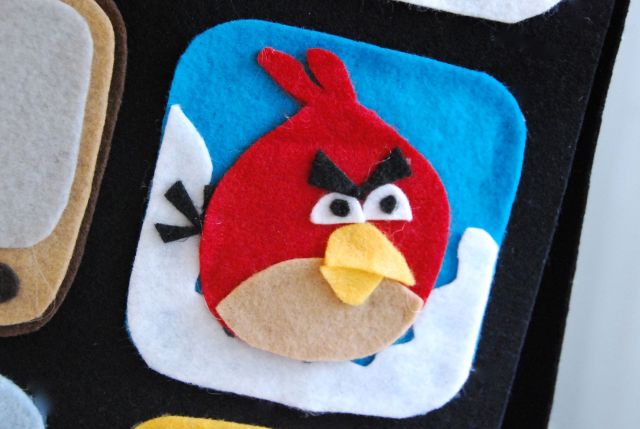 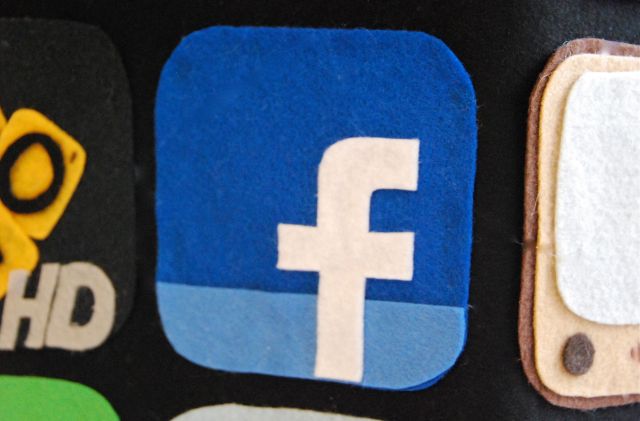 and Maps {thankfully, I’ve avoided doing my upgrade and they’ve been saved!}

And a view of the iPhone costume from the back, complete with camera! {it’s a little hard to tell in the sunlight, but the apple icon is actually a mylar silver fabric to reflect}

But even the best of technology can falter at times, so of course every iPhone needs an Apple Genius to accompany her around town! 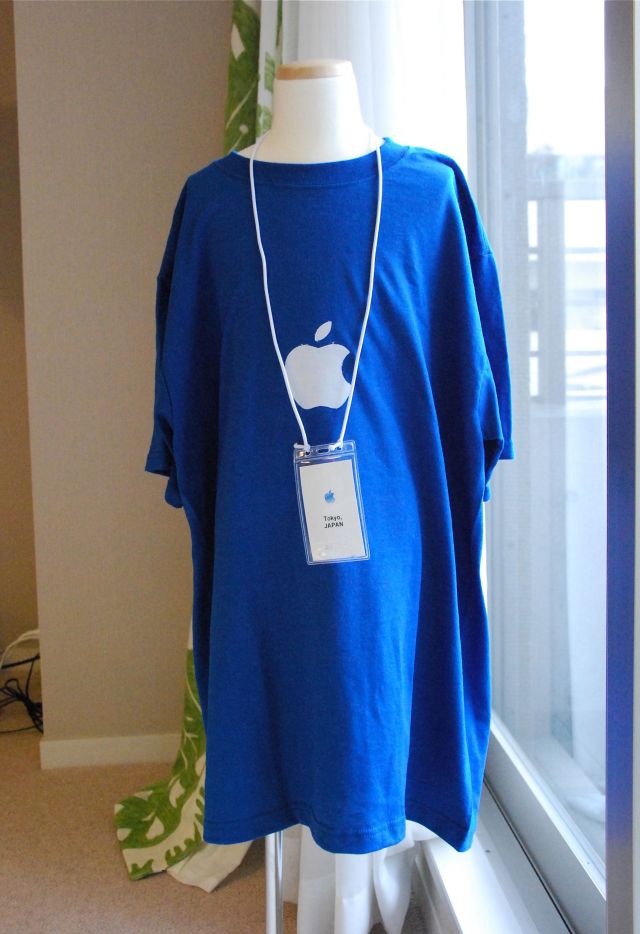 {I downloaded the apple logo and cut it onto white fabric backed with fusible web using my Silhouette machine.  The lanyard is made from some elastic cord and a plastic pocket}

The apps were made almost entirely from my scrap box, so I’d estimate the two costumes were under $20 in total, including the blue t-shirt and the length of black felt.